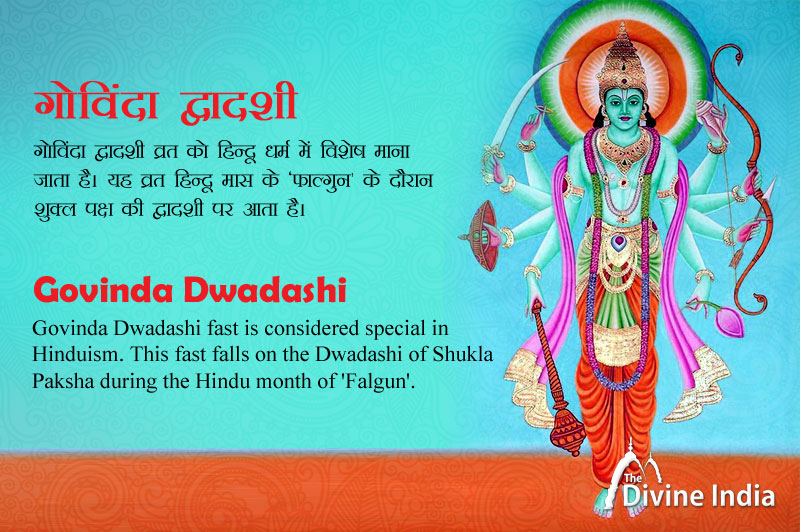 According to Hindu religious texts, Govinda Dwadashi fasting is done on Shukla Paksha Dwadashi of Falgun month. The fast of Govinda Dwadashi is completely dedicated to Lord Vishnu. Those who observe this fast get the happiness of children, all wealth and good fortune. By observing this fast, all the wishes are fulfilled. In the Puranas, this fast is supposed to prove all the work.

These mantras should be chanted during the worship-

These mantras should be recited by the person during the worship after observing a fast. With this the fast is attained to perfection.

The celebration of this festival is very elaborate and important in the Jagannath temple of the Indian state of Puri. Apart from the celebration of Govinda Dwadashi, Dwarkadhish Temple, Tirumala Venkateswara Swamy Temple, Tirumala Tirupati Balaji Temple and other major temples of Lord Vishnu are also popular. Govinda Dwadashi is celebrated with great enthusiasm and reverence in the southern states of India, Tamil Nadu, Andhra Pradesh, Kerala and Karnataka.