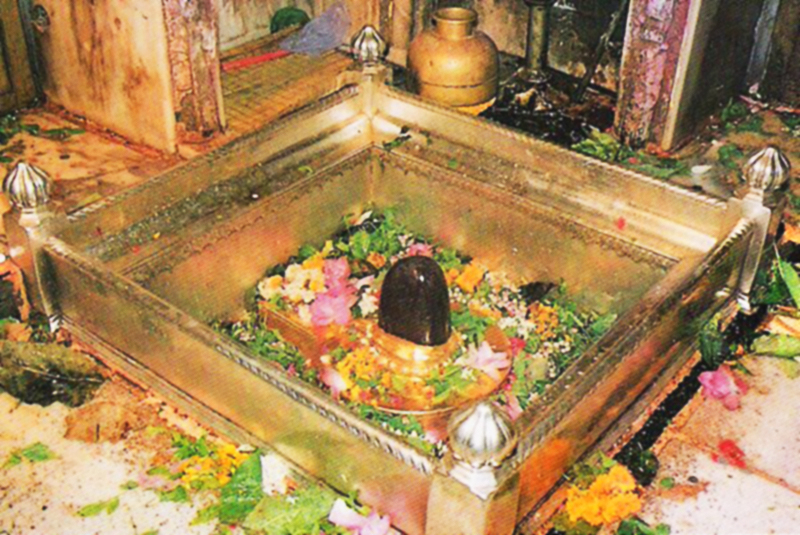 Kashi Vishwanath Temple, one of the most famous temples and prominent shrines of Hindus dedicated solely to Lord Shiva. Vishvanatha or Vishveshvara are the another names given to the temple meaning Ruler of The Universe.The temple is located in Varanasi, Uttar Pradesh, India and on the western bank of the holy river Ganga. Kashi Vishwanath Temple is enshrined in the Twelve Jyotirlingas of the Lord Shiva and is given seventh position. The Jyotirlinga is made up of black stone. The temple is one of the major temples of Varanasi. It is believed the first rays of the sun fall on the temple.

In history, the temple was destroyed and reconstructed several times. The temple was last demolished by Aurangzeb and built a Gyaanvipi mosque in its place. Late Maharani Ahilya Bai Holkar of Indore built the temple in the present shape, way back in 1780.In 1839, two domes of the temple were covered by gold of 1000k.g. donated by Maharaja Ranjeet Singh, the ruler of Punjab.

The temple is mentioned in SakandaPurana in Kashikhanda (section). Lord Shivalinga of Kashi Vishwanath temple is set in silver altar and around the main temple there set up small temples of all the gods and goddesses. There is a small well in the temple called the Gyaanvapi meaning the wisdom well. It is said when the temple was being destroyed the chief priest of the temple had protected the Shiva Linga.

The temple is constructed in three parts. The first compromises a spire on the temple of Lord Vishwanath or Mahadev. The second is gold dome and the third is the gold spire atop the Vishwanath carrying a flag and a trident. Each of three domes is covered with pure gold. Two domes of the temple were covered by gold donated by Sikh Maharaja Ranjeet  Singh. Third dome but was remained uncovered. Later, Ministry of cultures & Religious affairs of U.P. Govt. took keen interest for gold plating of third dome of the temple.

As per Mythology, once Brahma (the Hindu God of creation) and Vishnu (the Hindu God of Harmony) had an argument in terms of supremacy of creation. To test those, Shiva pierced the three worlds as a huge endless pillar of light which is made up of three words (Om Namah Shivaya). Both were unable to find the end of the light. Later both celebrated the power and superiority of Lord Shiva. Lord Shiva resides there and therefore it is known as Jyotirlinga.

According to mythology, Lord Shiva declared this place as the place of his residence. Goddess Parvati’s mother feels embarrassed by the place of choice of Lord Shiva. To appease the goddess Parvati, Shiva asked Nikumbh to find a residence in Kashi. On Nikumba request, a Brahmin named Anikumbh built a temple for Lord Shiva. A pleased Shiva blessed all his devotees but a son of Devodas was remaining blessed. Angry Devodas then demolished the temple. Nikumbh cursed the place that the field remains devoid of people. Listening to promises to those gods to repent, Lord Shiva once again inhabited the place. Once again Lord Shiva with Goddess Parvati began to bless his wonderful devotees.