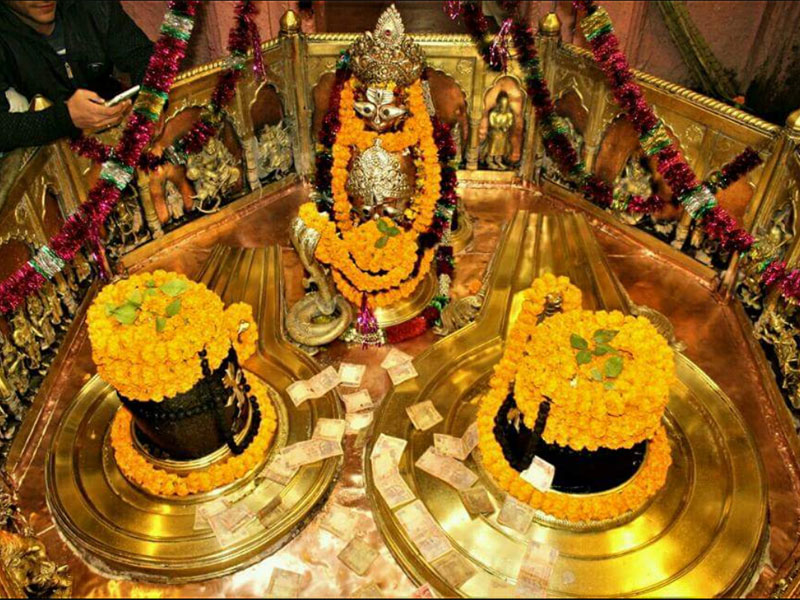 Vindhyavasini temple is the main Goddess of Hindus. This temple is located in Vindhyachal, 8 kilometers from Mirzapur, Uttar Pradesh, India. This temple is situated on the banks of the Ganges. Vindhavasini Mata is kind of grace as like devi Amba and Durga.. Who fulfills the desire of everyone. The name of Vindhyawasini Devi met Vindhya Range and the literal meaning of the name Vindyavsini, ‘Devi lives in Vindhya’s’.

The significance of the Vindhyachal region is found in the Puranas and in this Purana it has been described as the place of asceticism. Vindhyachal Mountain is a unique place of natural beauty and is a wonderful chapter of Hindu culture with religious significance. Vindhyachal Nivasini Devi, located on the triangle Yantra, forms the of Lokhita, Mahalaxmi, Mahakali and Mahasaraswati. It is believed that Two demons Killed by Goddess Vindhyavasini at the Vindhya mountainm which named are Madhu and Kaitabh, so the, Bhagwati Yantra is also called Goddess Adhishthaatree Devi. . It is said that the person who makes austerity on this place, must surely achieve the accomplishment.

It is believed that the place on earth became Shaktipeeth, in which place the body and ornaments of Mother Sati had fallen. But this temple of Vindhyachal is called Shakti Peeth. It is believed that, when Lord Vishnu took birth (Lord Sri Krishna) in the 8th child form of Devaki-Vasudev. Then at Nand-Yashoda, a girl was born at the same time. Both had changed between each other, Vasudeva did so. When Kans tried to kill this girl, So that girl, escaped from the hands of Kans and turned to Goddess form and told Kansa that oh !! idiot!! Whoever kills you is born, he is safe. After this, the goddess chooses to reside Vindhyachal Mountain, where the temple is presently located.

This temple is one of India's most respected Shakti Peethas. Vindhyasini Devi is also known as Kajla Devi. A large number of devotees visit the temple, especially during the Hindu months of Chaitra and Ashwin during Navaratri. Kajali competitions are organized in the month of jyeshth (June).

A temple of Mahasaraswati is Ashtabuja Temple, which is 3 km away from Vindhya hill and in a cave is a temple of Goddess Kali. Which is called the 'Kali Kho' temple. Pilgrims visit these three temples, which is part of the sacrament called Trilokan Parikrama.

It is believed that, in the Shardhiya and Vasantik Navaratri, Mother Bhagwati is remain for nine days in the flag of the temple, which located on top of the temple. The feature of this flag of gold is that it is known as Sun Lunar flag. This mark is only in the sign of Mother Vindhyasini Devi flag.

All the festivals are celebrated in the Vindhavasini temple, especially in the festival of Durga Puja and Navaratri special puja is organized. During these festivals, some people keep fasting (do not eat food) as a respect and dedication to Goddess worship. In the days of the festival, the temple is decorated with flowers and lights. The spiritual atmosphere of the temple provides peace to the heart and mind of the devotees.