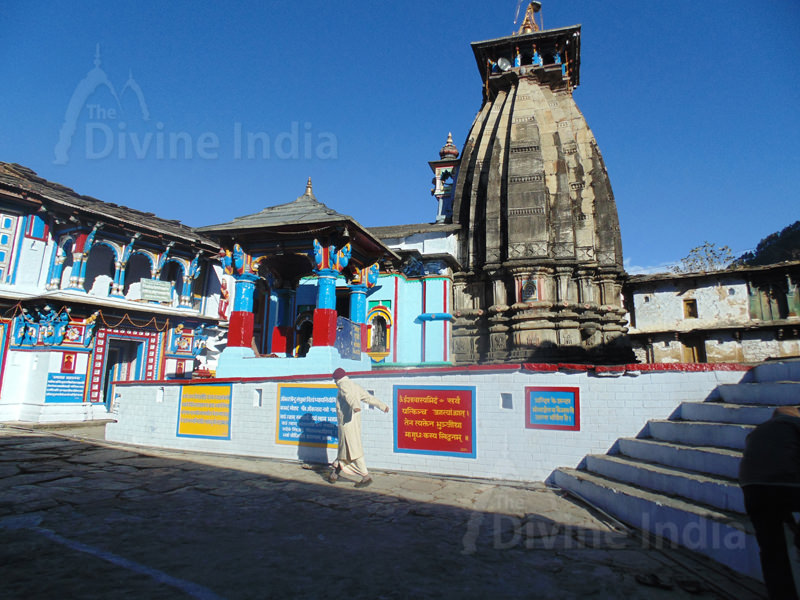 Ukhimath is a pilgrimage site in Rudraprayag district, Uttarakhand, India. It is situated at a distance of 41 km from Rudraprayag at an elevation of 1311 metres. This temple popularly known as Omkareshwar Pith is one of the oldest in the country and houses the dieties of Kedarnath and Madmaheswar during the winter months (November to April). During this time the temple of Kedarnath and Madhmaheshwar remains closed. The dieties are brought here from Kedarnath after Diwali and from Madmaheswar in December and worshipped here for six months. These dieties are taken back in a procession to their original temples in mid May. Ukhimath can be used as center destination for visiting different places located nearby, i.e. Madhmaheshwar (Second kedar), Tungnath ji (Third kedar) and Deoria Tal(natural fresh water lake).

It is believed that the wedding of Usha (Daughter of Vanasur) and Anirudh (Grandson of Lord Krishna) was solemnized here. This place was named as Ushamath after the name of Usha and is now known as Ukhimath.

Ukhimath is dotted with several artistic ancient temples dedicated to Usha, Lord Shiva, Goddess Parvati, Aniruddha and Mandhata. Ukhimath is mainly inhabited by the Rawals who are the head priests (pundits) of Kedarnath. Snow capped peaks of the splendid Himalayan range are distinctly visible from Ukhimath. From Ukhimath on a clear day one can see the beautiful view of Kedarnath peak, Chaukhamba & other green beautiful valley. Ukhimath is connected by direct bus service with Rudraprayag Gaurikund, Guptkashi & Srinagar.

At the temple, there is one stone statue of Mandhata. According to the legend, this emperor, during his last years gave up everything including his empire and came to Ukimath and did penance for 12 years by standing on one leg. At the end Lord Shiva appeared in the form of 'sound' , 'Omkar', and blessed him. From that day onwards this place came to be known as Omkareshwar.