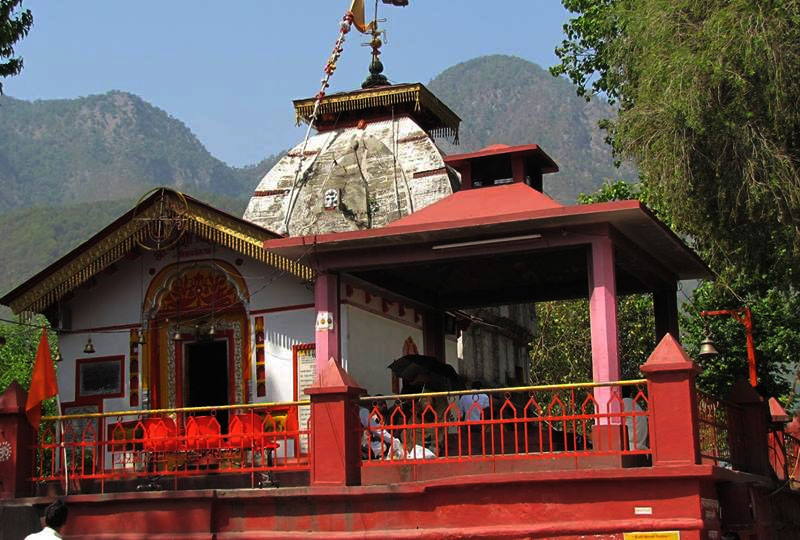 This temple in Uttarkashi is considered to be part of the Char Dham Yatra due to its popularity, which pilgrims visit Gangotri Dham, it certainly does the Darshan of Lord Shiva in this famous temple of Uttarkashi.
It is believed that this temple was built by Parashurama. Later, Sudarshan's wife, Maharani Khanti, rebuilt it in 1857.

Lord Shiva's Shivling is established in Shri Kashi Vishwanath temple, which is 56 centimeters tall and the direction of Shivling is towards south direction. In the sanctum sanctorum of the temple, Goddess Parvati and Ganesh are also here. In the outer room of the temple is Nandini. The idol of sakshi Gopal and Rishi Markandeya are seen represented here as in meditation.

Shakti  Temple
Shakti temple is situated in front of Vishwanath temple, which dedicated to Devi Parvati. The main attraction here is a huge and heavy trident - which is about 26 feet in height, which was thrown on the devils by Goddess Durga.

The power of the mother is seen here as a huge trident, which is estimated to be triden more than 1500 years old and this Trishul is considered one of the oldest remains of Uttarakhand. It is an indication of the extensive Indo-Tibetan culture exchange of Tibetan inscriptions in ancient times. The description of the Naga dynasty is marked on the Metal Trident, which is 26 feet high, placed near the main Shiva temple.

One amazing feature of the trishul is that it cannot be moved with your entire body force but it vibrates the moment you apply pressure with one of your fingers.