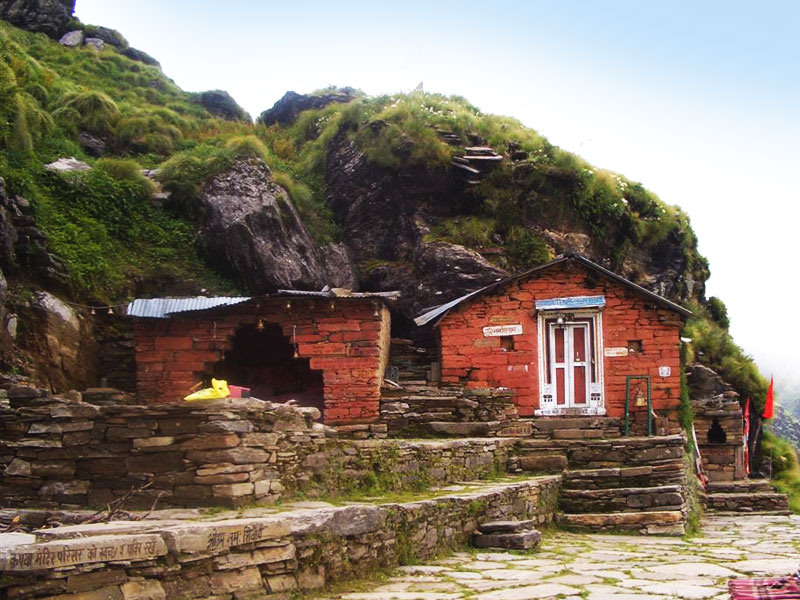 Rudranath Temple is situated in Chamoli district of Garhwal, Garhwal Himachalaya Mountain, Uttarakhand, India. The temple is a Hindu temple dedicated to Lord Shiva. Rudranath Temple is one of the Panch Kedars and the Third number of Panch Kedars. Which is at an altitude of 3,600 meters (11,800 feet) above sea level. It is a temple made of natural stones which is situated within a dense forest of the rhododendron dwarfs and alpine grassland or it can be said that it is surrounded by complete nature and mountainous vegetation. This temple is 23 km away from Gopeshwar and is carried by 5 km motor vehicle and the remaining 18 kilometers on foot. This journey goes through Anusuya Devi Temple. Rudranath Temple was made by Pandavas.

According to a legend, When after the war of Mahabharata Pandavas wanted liberation from their sin, therefore Lord Krishna advised Pandavas that they would get the blessings of Lord Shankar. Therefore, Pandavas reached Varanasi to get the blessings of Lord Shankar, but Lord Shankar left Varanasi and hide in Guptkashi because Lord Shiva was annoyed with Pandavas, Pandavas had killed their dynasty. When Pandavas reached the Guptkashi then Lord Shankar reached Kedarnath where Lord Shankar had assumed the shape of the bull. Pandavas discovered Lord Shiva and received blessings from them. It is believed that When Lord Shankar disappeared in the form of a bull, the upper part of their torso appeared in Kathmandu. Now there is a famous temple of Pashupatinath. Shiva's arms appeared in Tungnath, mouth in Rudranath, navel in Madhyamaheshwar, hair in Kalpeshwar and Lord Shankar in the form of the shape of the back of Bull (hump), there is worshiped in Shri Kedarnath. Therefore, in these five places, Shri Rudranath is called Panchkedar.

The path of Rudranath walking is very difficult and it is a matter of adventure and joy. This route is not very easy, therefore tourists should get help from Local Guides, because there are no sign boards or signs to guide travelers on the route. There is a fear of wandering in the hills. Once you go astray, without help it is very difficult coming to the right path . Many temples meet on the route along the route. Who prove Uttaranchal as the 'Home of Gods'.