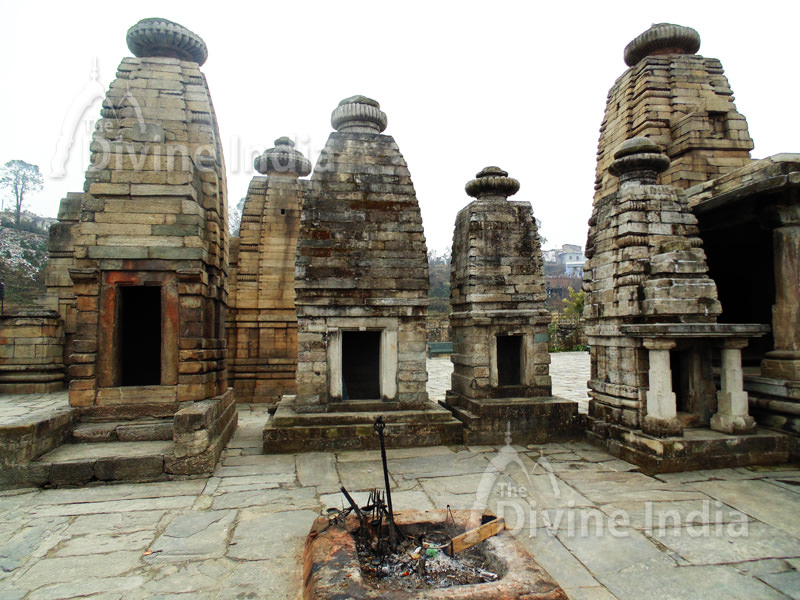 Baijnath town lies in the centre of 'Katyur' valley, on the banks of the Gomti River in the Bageshwar district of Uttarakhand, India, about 300 km from the state capital Dehradun. Baijnath was the capital of Katyuri Kings, who ruled the area from 9th-12th century AD.

Baijnath is a small town full of ancient temples. Baijnath or Vaidyanatha also called as the Lord of Physicians, draws its name from the famous twelefth century Lord Shiva Temple built by the Kumaon Katyuri king. This temple holds great significance because, according to Hindu mythology, Lord Shiva and Parvati were married at the confluence of River Gomati and Garur Ganga. These group of temples consist of main shrine of Lord Shiv and 17 Subsidiary shrines called as Kedareswar, Lakshmi-Nayanay and Brahmini Devi etc. The Baijnath temple is actually a complex of temples with the idols of Shiva, Ganesh, Parvati, Chandika, Kuber, Surya and Brahma. The temple is situated on the left bank of the Gomti River at an elevation of 1126 mts. The main temple that houses a beautiful idol of Parvati is chiseled in black stone.

Bajinath offers magnificent scenic views and pleasant climate and the visit can be clubbed with Kasauni, about 17 km away. Kausani is nestled amongst deep pine forests, on a hill top where the view of the snow capped Trishul and Nanda Devi is so clear that one feels the snow is at a touching distance.

Lodging and boarding facilities are also available at Baijnath. These include good and budget accommodation at the state run Tourist Reception Centre and good rooms with all modern amenities can also be availed at very cheap rates. Its booking can be done from KMVN Delhi office (Kumaon Mandal Vikas Nigam Limited).