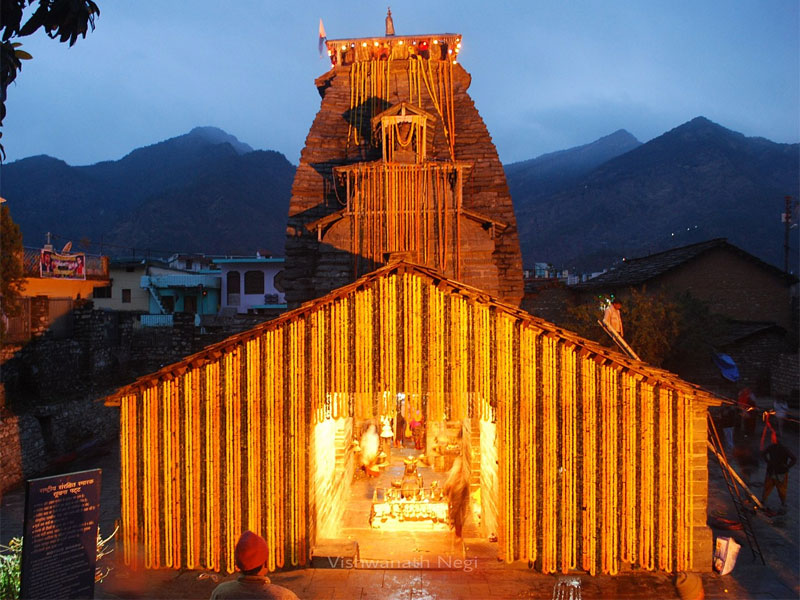 Gopinath Temple is an ancient temple located in the village of Gopeshwar, Chamoli district in the state of Uttarakhand. Which is now a part of Gopeshwar city. This temple is dedicated to Lord Shiva. It is believed that the name of this temple comes in the ancient temples of India, and also in the major temples of Lord Shiva. There is a Swayambhu Shiva Linga inside the temple.

This temple can be seen during the Char Dham Yatra of Uttarakhand. This temple is associated with many religious beliefs. This temple is also mentioned in Hindu religious mythology. It is believed to be in the category of the oldest temples after the Kedarnath temple. The temple has its own architectural art. The temple has a magnificent dome and a sanctum of about 30 square feet. This sanctum of the temple can be accessed through 24 doors. Based on the architectural style, the main temple was constructed between 9th and 11th AD and possibly by the Katyuri rulers.

The remains of the broken statues around the temple testify to the existence of many more temples in ancient times. There is a trident in the courtyard of the temple, about 5 meters high, made of eight different metals, dating back to the 12th century. It claims inscriptions for the king of Nepal, Anikamalla, who ruled in the 13th century. In the courtyard of the temple is a trident of Lord Shiva which is about 5 feet high and made of octal metals.

According to the legend, Lord Shiva was doing his penance. To dissolve austerities, Kamadeva dissolved the penance of Lord Shiva with Kamatir. Lord Shiva had consumed Kamdev with Trishul in a fit of anger.

Statues of Shivalinga, Parashurama, and Bhairavji are enshrined in this temple. Grandeur can be gauged in the construction of the temple. Shivalinga is installed in the sanctum sanctorum of the temple, at some distance from the temple, there is a pool called Vaitarani, which has a special importance to bath in holy water. All pilgrims get ultimate happiness by getting a glimpse of this holy place.