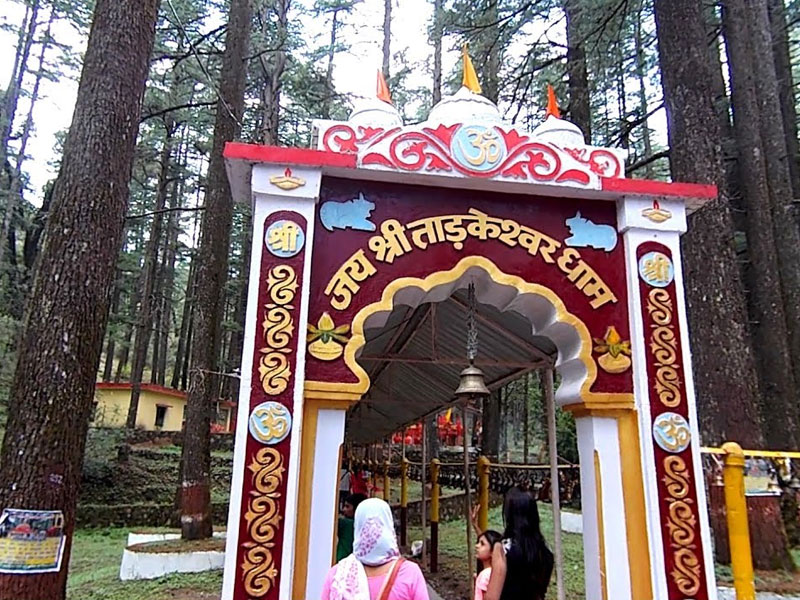 Tarkeshwar Mahadev Temple is one of the famous temples of Lord Shiva. This temple is located in the Lansdowne area of ​​Garhwal district of Uttarakhand state of India. This temple is situated in a village about 37 kilometers from Lansdowne. This place is known as the place dedicated to Lord Shiva. The name of this temple comes in the ancient temples of Uttarakhand and also knows as one of Mahadev's Siddha Peethas. Tadeshwar Mahadev Temple is surrounded by pine trees and tranquil atmosphere. This place is the best religious place for the rishis.

According to legend, there was a demon named Tarakasur, who had done austerity of Lord Shiva. Lord Shiva was pleased with Tadakasur's penance and Said to ask TarakaSur's boon. As a boon, Tarakasur sought blessings from immortality but Lord Shiva did not boast of immortality and said that it is against nature, ask for some more. Then, Tarakasura sees the reclusion of Lord Shiva, where, if I die, only by your son. Tadkasura knew that Lord Shiva is living a quiet life, so it was impossible for Son to be. Then Lord Shiva gave the blessing of Tadkasura. Tarakasur spread his terror after getting boon.

After several years, Mother Parvati practiced penance for marriage with Lord Shiva and after knowing her power form, she married Lord Shiva. After marriage, Mata Parvati gave birth to Kartik, who killed Tarakasur with the help of Lord Shiva. When Tarakasur was taking his last breath, then he apologized to Lord Shiva. Lord Shiva forgave him saying that people in Kaliyug will worship me by your name. Therefore, the name of this place was "Tadeshwar Mahadev". Shivaling was present in the Tadeshwar Mahadev temple several centuries ago, but now the idol of Lord Shiva is present, which is worshiped. Lord Shiva's idol is the place where Shiva Linga was present.

Every year, at Tarkeshwar Mahadev Temple, Jalabhishek is celebrated on the festival of Mahashivaratri. Devotees come to Tadeshwar Mahadev temple from various small towns of India to visit them. Many devotees also believe that Lord Shiva is still in this place and is in deep sleep. Many thousands of bells offered by the devotees in the temple can be seen.