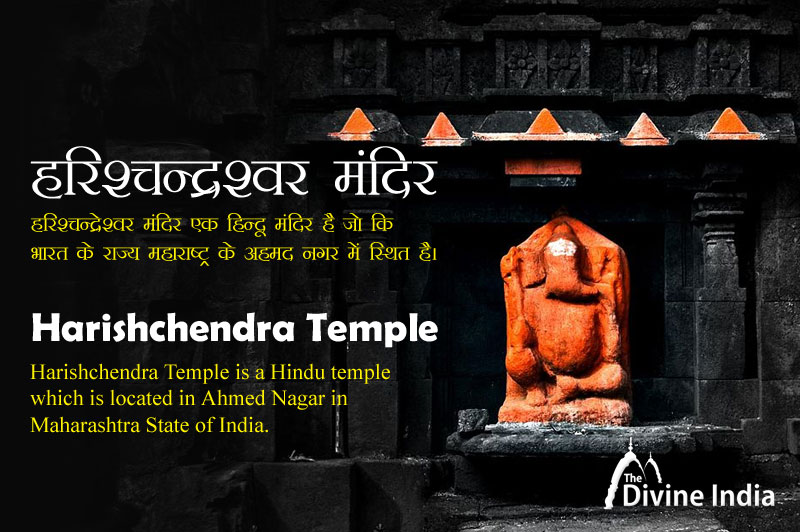 This temple is quite ancient. This temple has been mentioned in Mermaid Puran, Agnipuraran and Skand Puran. This temple is located in a fort, whose name is Harishchandragarh. The rule of the Shilahhar royal family registered the ninth century from the fourth century in Maharashtra and many fortresses established during their regime, which were later important for Maratha rule in the 17th and 18th century.

People who see this temple become enchanted with its beauty. Harishchandeshwar temple has sculptures of some great art carving which are of ancient India. This temple is located at the height of 16 feet from its base. Some ancient water tanks and caves can also be seen. Apart from this, it is also said that Mangal Ganga river comes out of one of these ponds, which is located near the temple. North Indian touch on the top cover of the temple.

There are three main caves near the temple. Harishcheshwar is a huge cave of Kedeshwar on the move to the temple, in which there is a large Shiva Ling, which is completely surrounded by water. From its base, its height is five feet, and Shiva has four water whose depth is about 3 feet. It is difficult to reach Shiva Ling because the water is quite cold and feedback. Here are carved sculptures. It is not possible to reach this cave in the monsoon, because a huge water flows on the way. Shiva is a huge rock above the penis. Shiva became four columns around the penis. Nobody really knows about these columns, but it is said that these columns have to show four 'ages' of life - 'Truth Age', 'Treta Age', to show 'Dwapar era' and 'Kaliyug' had gone. When an era comes at the end of your time, it is said that a column breaks. Three columns have already broken. The general belief is that the current phase is 'Kaliyug' and the day the fourth pillar will be broken - it will be considered the last day of the present era.