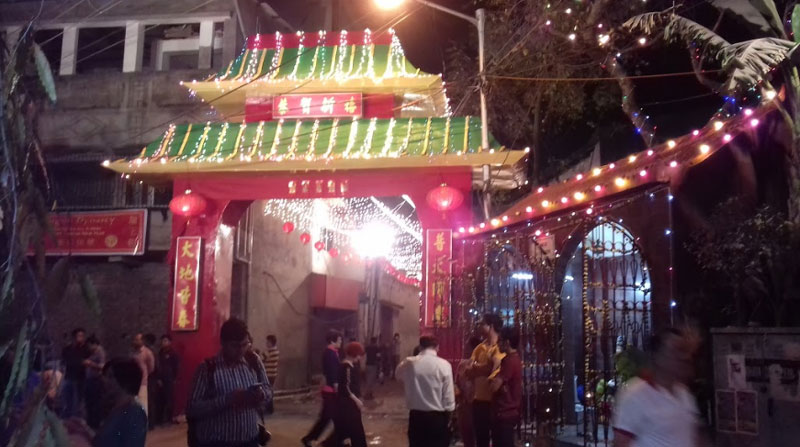 This temple has been constructed 60 years ago, before this place some black stones were placed under a tree which was worshiped as Kali Mata. On this day, the health of a Chinese boy was very bad, then his family members worshiped it with the boy and after some time the boy was completely cured, after that the Chinese people living here built the temple of Kali Mata which is now became known as Chinese Kali Mata Temple.