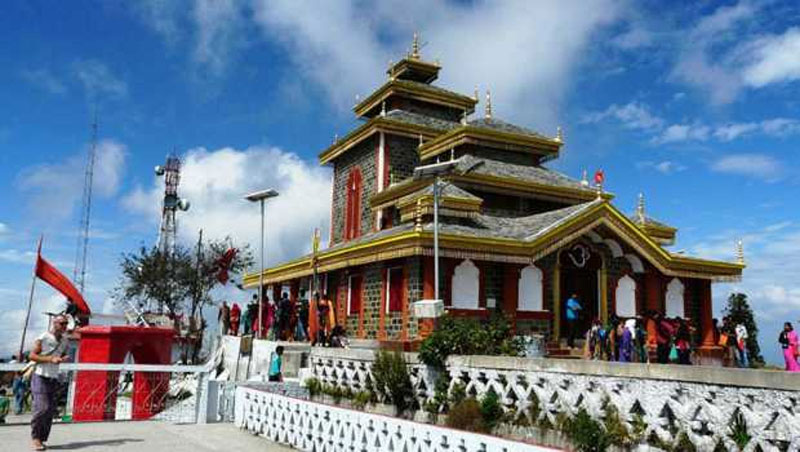 The Surkanda Devi temple is surrounded by dense forest and from this place the beautiful view of the Himalayas can be seen in the north and beautiful views of the cities of Dehradun and Rishikesh can be seen in the south. This temple is covered with the fog most of the time of the year. The present temple has been rebuilt. Establishment of the real temple is not known at the time. It is believed that it is a very ancient temple.

According to mythology, Goddess Sati had sacrificed her life in the yagna kund which organized by her father Daksheshwar, then Lord Shankar Devi was churning the whole universe with the dead body of Sati. In the meantime, Lord Vishnu performed the body of Sati with his Sudarshan Chakra Was divided into 51 parts, in which Sati's head fell on this place, hence the temple is called the Shri Surkanda Devi Temple. These places are called Shakti Peeth, in the place where the Sati's body parts fell.