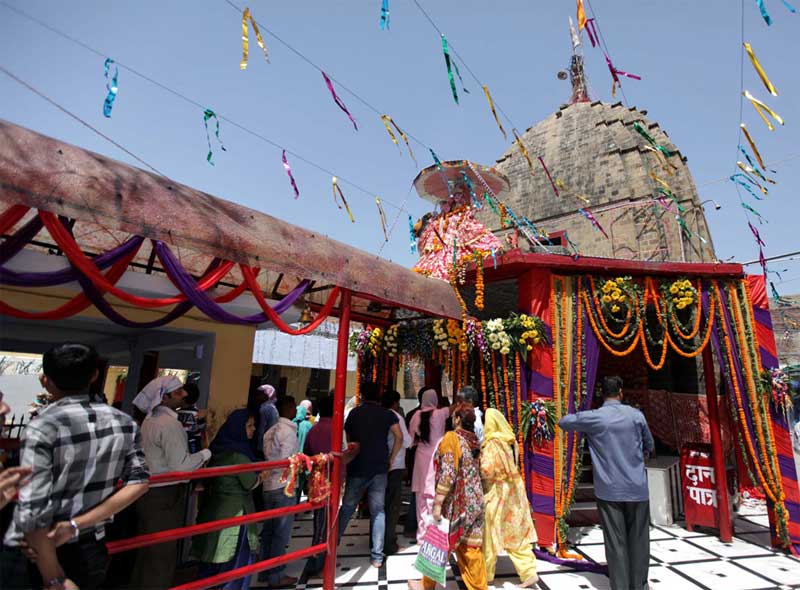 Kali Mata temple is built inside Bahu fort which is located in Jammu region of Jammu and Kashmir state. Bahu fort is built on the banks of Jammu Tawi river. The fort was built by king Bahu lochan around 3000 years back. The rulers of Dogra dynasty renovated this fort in 19th century. The fort is a Hindu religious place and has a temple built inside its campus. The temple is dedicated to Goddess Kali. The temple is also known as Bavi Kali Mata temple.

It is believed that Goddess Kali appeared in the dreams of Pt. Jagat Ram Sharma around 300 years back. The goddess Informed him about a pindi buried in the hilltop. When he searched there, he found a black stone which is considered as a symbol of Goddess. Later on a temple was built on that place.

It is also believed that the temple was built in 8th century. The idol of Goddess is made of white marble and is placed on 1.2 metre high podium. The temple was renovated so it appears to be a new temple. There was a tradition of sacrificing animals to the Goddess earlier but this tradition has been stopped now.

Bahu fair is organised in Kali mata temple twice a year during navratras each in month of march-april and September-october. The temple attracts devotees in large number. A special puja is also performed here twice a week each on Tuesday and Sunday.

A large number of rhesus monkeys are found here which is believed to be the biggest number in Jammu. The monkeys also sometime irritate the devotees coming here. 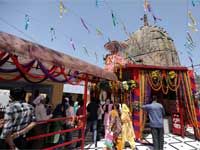 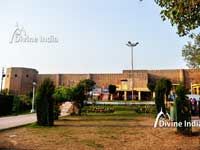 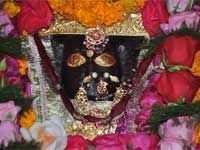 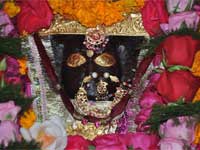