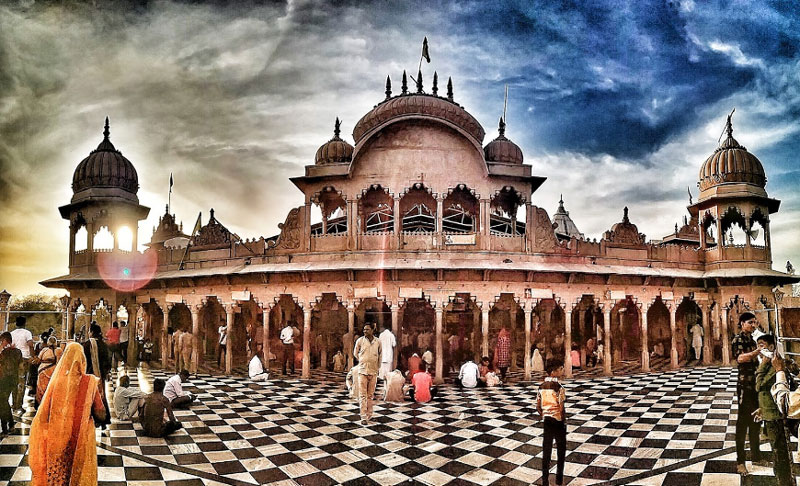 This temple is about 400 years old. This temple was built by Raja Veer Singh in 1675 AD. Red and white stones have been used for the construction of the temple, which are considered to symbolize the love of Radha and Shri Krishna. The temple is reached by steps, which number about 108.

Radha Rani's father's name is Vrshabhanu and mother's name is Kirti. Radha Rani was born 15 days after Janmashtami on Ashtami of Shukla Paksha in the month of Bhadrapada. So for the people of Barsana, this place and day is very important. On this day the temple of Radha Rani is decorated with flowers. Radha Rani is offered Chhappan type dishes. The offerings of laddus in the temple are offered to Radha Rani. That Prasad is first fed with a peacock. Because peacock is considered to be the form of Radha-Shri Krishna. The prasad is later offered to the devotees.

In the Radha Rani temple, Shri Krishna Janmashtami and Radha Rani Janmashtami are especially celebrated with great pomp. Holi festival is special in Barsana, because Barsana Holi is famous all over the world. Lattmar Holi is played in Barsana, which started in the 16th century. During the festival days, the Barsana environment is very happy.