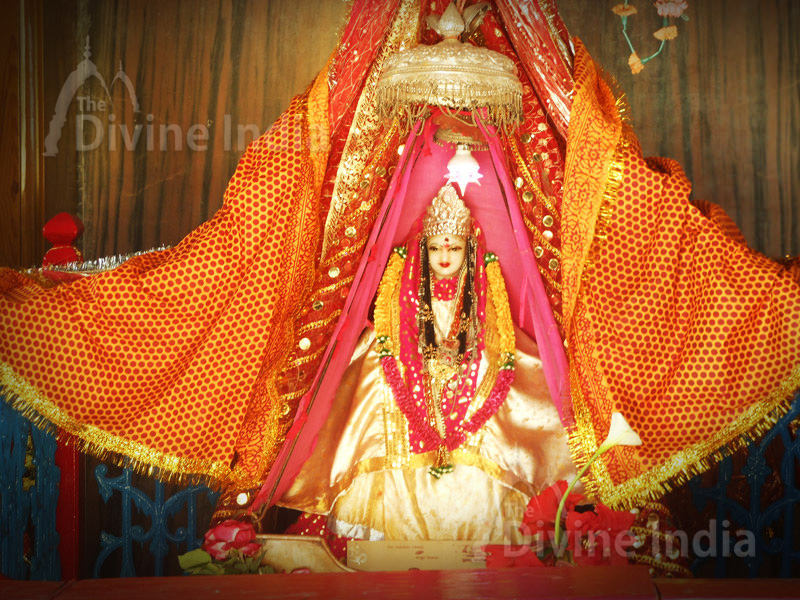 Jhula Devi temple is a place of attraction at Ranikhet hill Station. It is situated at a distance of 7 km from the town of Ranikhet near Chaubatia Gardens in Almora district in the Indian state of Uttarakhand. The Present Temple complex was constructed in 1935. The countless bells that hang around the temple compound are a testimony to the divine and the healing powers of "Maa Jhula Devi".

It is said that the Temple is nearly 700 years old. Chaubatia was a dense forest full of wild animal. Leopards and Tigers used to attack people and take away their livestock. People felt scared and prayed to "Maa Durga" for their protection from the dangerous wild animals. It is said that "The Goddess" appeared in a shepherd's dream and asked him to dig up a particular place where he would find an idol and She wanted a temple to be constructed at that site. After that the villagers constructed a temple at that site and installed the Idol of the Deity and thus the villagers were freed from the harassment by wild animals and the shepherd could roam around the area freely.

Children would play merrily on the swing. "Maa Durga" again appeared in some one's dream and asked for a "Jhula" for Herself. The Devotees there-after placed the idol on a wooden jhula inside the temple sanctorium. Since then the Diety is called as "Maa Jhula Devi" and the temple as "Jhula Devi Temple". This explains the fact that despite the presence of Leopards and an Tigers in this area, villagers and their cattle roam freely inside the forest even today. People believe that "Maa Jhula Devi" still continues to protect them and their live stock.